Change of Scenery’s scenario surprised some; the strange rhythm, the absurd dialogs, some subtleties here and there. The downside of this is that any unprepared audience might get lost in this labyrinth both logical and upside down at a same time. On the top of misunderstanding (or is it just tour own craziness?) lies the fight scene far away from regular Halo machinimas standards. Let’s try to take a look at what is really happening. 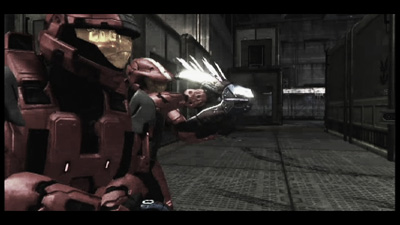 Surprised, the two reds stop and aim at her. The camera axle is perpendicular to the previous shot: the dealers now belong to a team: the red one. 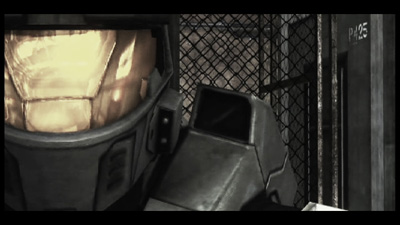 Close-up shot on the grey, definitely ready to act. The camera comes back on the first axle. 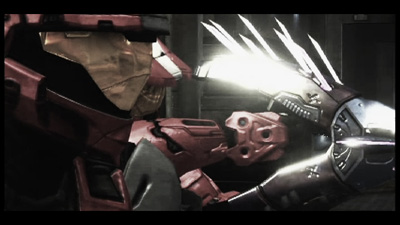 Close-up on the red dealers. They are, once again, filmed from their side. Like on the previous shots, the scale has changed to highlight the growing tension between the characters. 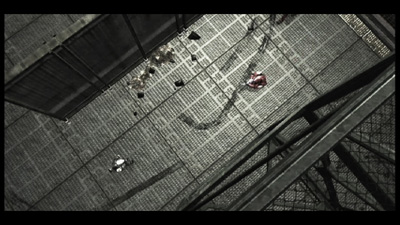 On the following shot, the camera breaks the 180° rule and switch to the other side of the first axle. Nonetheless, it remains close to the line. The transformation is beginning.
The hero is going ‘through’ the reds as if she was taking the « door of the red clan ». 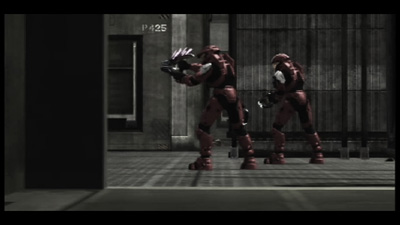 The black screen is marking an ellipse in time. The reds are stuck in the place the jobless was a few seconds ago. 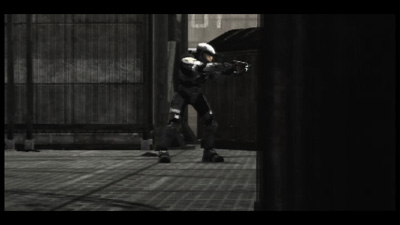 In the continuity of the previous travelling, the grey stops where the red dealers used to stand. She is filmed by side, the same way the reds were: she is almost red. 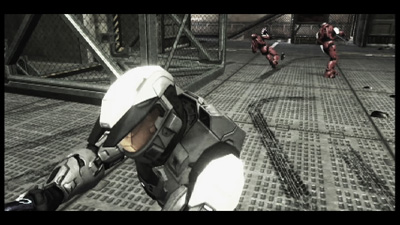 The two reds are no longer useful, they die like killed by the music. Well not totally useless, their deaths are going to be a reason for the arrest of the three survivors.

In order not to be lost in those camera angles, here’s a scheme: 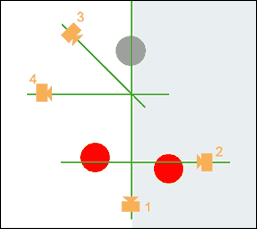 Have you recognized the colored of our characters ? Good. The orange shapes represent the camera position, the inverted triangle show the direction. The camera axle is indicated with some green lines. And the grey part is the space where the camera should have stayed according to the 180° rule.
Thus the camera 1 is linked to shots 1 and 3, camera 2 is linked to shots 2 and 4, camera 3 to shot 5, camera 4 (travelling) shots 6 and 7.

This sort of samuraď duel can be explained through is directing. Eventually, the scene is more like a transition for the main character than a real fight scene. I admit that such a important scene in the story would have required to be more explicit, but I really wanted to stand away from the average machinimas. Yet, by trying to be original in the way to shoot the scene, I always wonder whether the spectators are willing to accept our ideas or just think we’re doing some rookie mistakes.