Except in its introduction, Change of Scenery has a fast rythm. In less than a dozen minutes the hero go from "nearly fired blue" to "desperate jobless" to "spy in the red camp" and ends up betrayed by her own team. Well it's not that sad, she brought the flag to her team. Whatever, the first scene had to present the character and her links with the blue team. 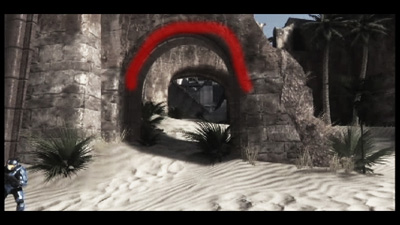 A warthog is driven by soldiers through several aligned doors and circles just like in a circus. No doubt it's clearly the blue base. The front travelling following the warthog invite the viewer to enter the base and discover what's inside. Note that a similar shot appears at the begening of the scene in the red base with such a bestial warthog. 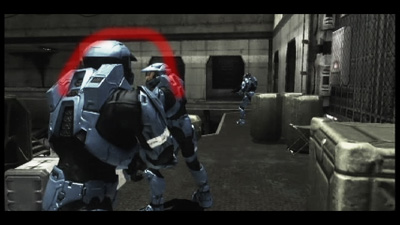 The travelling continues inside the base. All the blues are on the shot, thus creating a sort of confusion to the viewer who doesn't know who's talking. Everything is mixed, they all belong to the same team at this moment. Then the further the front travelling is going, the more the character in the first ground is detaching from the others. Note that the two others are looking in another direction forming a 90° angle with the sight of the first character.
Note : the red arch on the two screenshots indicate the shape gathering the shots. 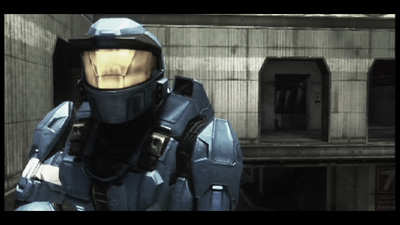 First close shot that allow to know who's the main character and to leave her out. She is seen from face, and thus in confrontation with the captain. A second element catch the eye : a door. 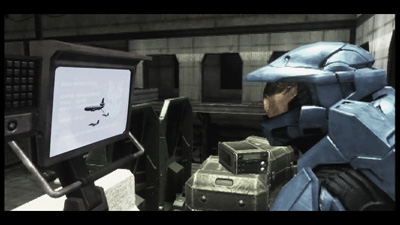 The Captain doesn't seem to give a damn about the complainer. He prefers watching some strange things... (Ok, Lucky Star and Bill & John !

According to the camera movement, the hero should not be at this place. She is closer to the camera than expected. Thus giving the feeling that she went toward her captain because she's definitely willing to keep her job and hang on to it. 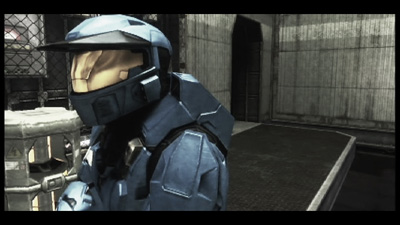 The blue's head is that time turned in the same direction as the two others (toward the left side of the screen). She wants to stay in the army and is ready to call the authorities. The lines of the out set underline even more the door in the background. 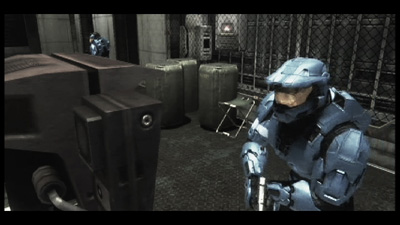 The captain act when she's talking about the boss but comes back fast to his 'occupations'. Thus ignored, the blue start the confrontation again, so a close shot of her face.

The captain talks about the union representative. He's the trigger event. To support this, the 180° rule is broken. 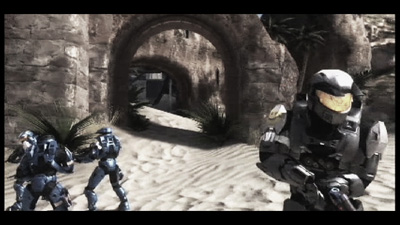 Then, finally, the scene ends on a similar shot to the first one but reversed. You leave the blue base with the jobless who got ripped off. To the left a group of blue french soldier, obviously cook, are talking. The smiley pattern on the shoulder appears for the first time.
Tweet